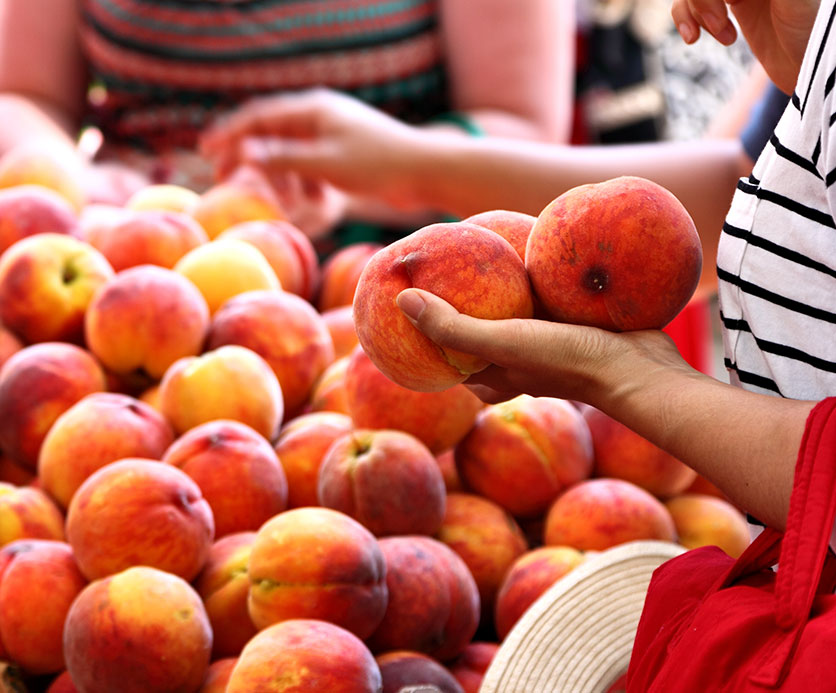 The Qualicum Beach Farmers Market was established under the auspices of the Arrowsmith Agricultural Society. For many years, the Association had featured “A Taste of the District” at its annual Coombs Fall Fair and had determined the need to provide local farmers and gardeners a venue for their products. With the cooperation of the Town of Qualicum Beach, the first season of the market was held in 1997 adjacent to the Old Train Station on Beach Avenue.

There were approximately 20 regular vendors for that first season and community interest was encouraging.

During the next year, the market was formally constituted as a provincial non-profit society, but following that second season, the train station underwent renovations, displacing the market. For the summer of 1999, the market was held at the town parking lot on Second Avenue, between Fir and Berwick.

By 2000, the market had grown to a point where a larger site was needed, and the Town and adjacent merchants on Fir Street, off Memorial, agreed to close off the street for Saturday mornings. During the following years, the Market established itself as a Town feature, growing in size and broadening its scope to a point where, in 2007, it accepted its first Craft and Artisan members and membership grew to approximately 55.

Slated service upgrades and construction on Fir Street led to discussions between the Market and the Town regarding a more permanent location with improved washroom and hydro facilities for Market vendors and patrons. In 2009, the Market took up Saturday morning residence on Veterans Way, a space it has agreed to vacate on the third Saturday in July each year, returning to its former Fir Street location to make way for the long-standing annual St. Marks Fair.

In the fall and early winter of 2009, a “trial winter market” , limited to food vendors only, was held in the Community hall on Veteran’s Way. Based on the the success of that trial, the market is now proud to run year round.

The Market operates on Veteran's Way from first Saturday in May to Thanksgiving weekend in October, moving indoors until the second Saturday of December.