Applications are now being accepted for the 2021 Market Season - APPLY NOW!

Don't want to stop by the market in-person? Visit our online store and Shop online now 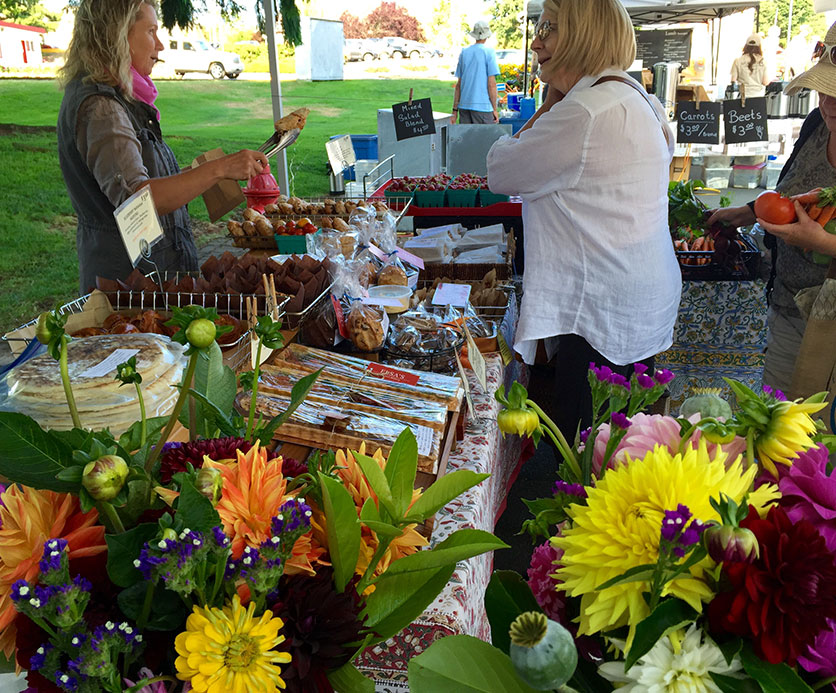 Come join or community of talented and dedicated Vendors!

Our year-round market offers many options for you to choose from.

Every vendor is required to re-apply every year, and once accepted, becomes a member of the Qualicum Beach Farmers Market in either a full-time or drop-in capacity.

This membership offers you many, many benefits and is payable yearly.

Please fill out the New Vendor Application Form and someone from our Team will get back to you. 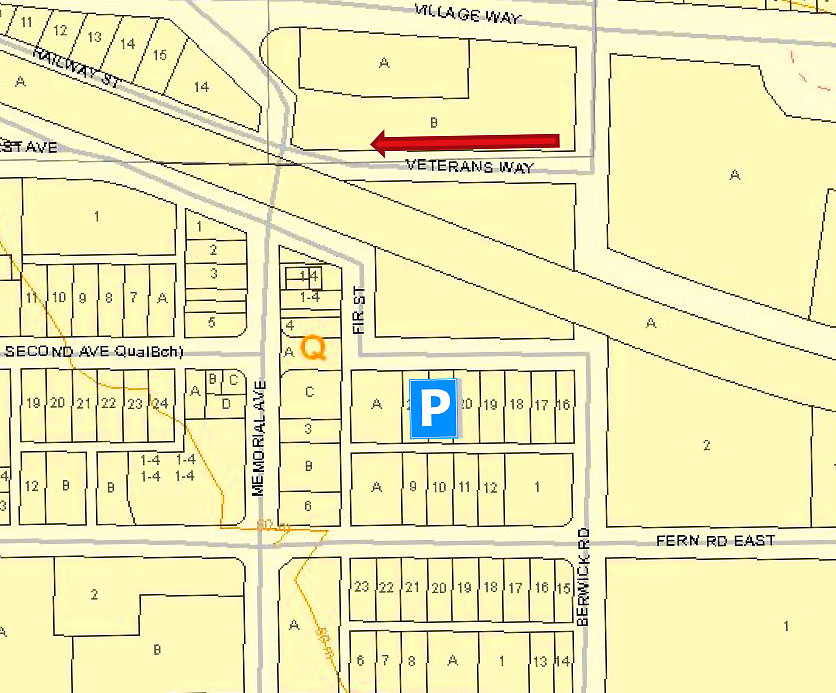 We are lucky to have a large parking lot so close to our market!

Come join or community of talented and dedicated Vendors!

Our year-round market offers many options for you to choose from.

Every vendor is required to re-apply every year, and once accepted, becomes a member of the Qualicum Beach Farmers Market in either a full-time or drop-in capacity.

This membership offers you many, many benefits and is payable yearly.

Please fill out the New Vendor Application Form and someone from our Team will get back to you. 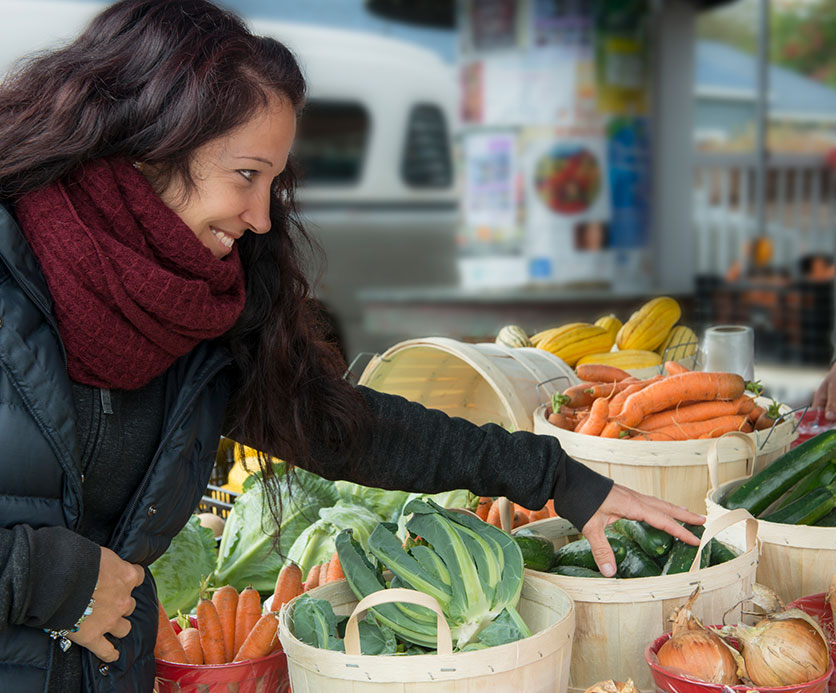 The by-laws and rules and regulations of the QBFM are listed below. Please read them carefully

(a) The members of the Society are the applicants for incorporation of the Society and those persons who subsequently become members in accordance with these by-laws and, in either case, have not ceased to be members.

(b) Annual membership in the Society shall be open to persons interested in furthering the purposes of the Society.

(d) Membership in the Society shall consist of Voting Members and Associate Members:

(f) Membership shall commence upon approval of an application for membership and payment of the annual fee and be valid until the earlier of either renewal or April 30 of the following year.

(g) Every member shall uphold the Constitution and comply with these By-laws and the operating rules of the Qualicum Beach Farmers Market.

The amount of the first membership fee shall be determined by the Directors and after that the annual membership fees for both categories of membership, shall be as approved at the Annual General Meeting of the Society.

(a) A person shall cease to be a member of the Qualicum Beach Farmers Market,

ii)upon his/her death, or in the case of a corporation, upon dissolution;

iv)on having been a member not in good standing for twelve (12) consecutive       months.

(b) All members are in good standing except a member who has failed to pay any debt due and owing by him/her to the Society, and he/she is not in good standing so long as the debt remains unpaid.

(a) A member may be expelled by a special resolution passed at an extraordinary general meeting by three-quarters of the members present.

(b) The notice of special resolution for expulsion shall be accompanied by a brief statement of the reasons for the proposed expulsion.

(c) The person who is the subject of the proposed expulsion shall be given an opportunity to be heard at the extraordinary general meeting before the special resolution is put to a vote.

(b) Notice of a general meeting must specify the place, day and hour of the meeting, and in case of special business, the general nature of that business.

(c) The accidental omission to give notice of a meeting to, or the non-receipt of a notice by any of the members entitled to receive notice does not invalidate proceedings at that meeting.

ii)consideration of the financial statements

iii)the report of the Directors

iv)the report of the Auditor, if any

vi)the appointment of the auditor, if required, and

vii)other business that, under these By-Laws, ought to be conducted at an             Annual General Meeting or business that is brought under consideration by the          report of the Directors issued with the notice convening the meeting.

(a) A quorum is 1/3 of the Voting Members or greater number that the members may determine at a General Meeting but shall never be less than nine (9) Voting Members.

(b) Business, other than the election of a chair and the adjournment or termination of the meeting, must not be conducted at a General Meeting at a time when a quorum is not present.

(c) If, at any time during a General Meeting, there ceases to be a quorum present, business then in progress must be suspended until there is a quorum present or until the meeting is adjourned or terminated.

(a) A General Meeting may be adjourned from time to time and from place to place, but business must not be conducted at an adjourned meeting other than the business left unfinished at the meeting from which the adjournment took place.

(b) When a meeting is adjourned for 10 days or more, notice of the adjourned meeting must be given as in the case of the original meeting.

(c) Except as provided in this By-Law, it is not necessary to give notice of an adjournment or of the business to be conducted at an adjourned General Meeting.

(a) A Resolution proposed at a meeting need not be seconded, and the chair of a meeting may move or propose a resolution.

(b) In the case of a tie vote, the chair does not have a casting or second vote in addition to the vote to which he or she may be entitled as a member and the proposed resolution does not pass.

(a)  A Voting Member in good standing present at a meeting of members is entitled to one vote.

(b)  Voting is by show of hands, or by secret ballot, at the discretion of members present.

(c)  Voting by proxy is permitted.

(d) A member may carry only ONE proxy vote in addition to their own vote.

(b) A majority of the Board of Directors shall be Voting Members who hold farm assessment as indicated in the Provincial Land Assessment rolls or who are licensed under the Fisheries Act (Canada) for commercial fishing.

(c) The Board shall comprise the following Offices: President, Vice President, Secretary, Treasurer, immediate Past President, and Directors-at-Large. The offices of Secretary and Treasurer may be held by one member of the Board of Directors.

(a) A Nominating Committee consisting of not more than three and not less than two Members of the Society shall be appointed by the Board of Directors not less than one month prior to each Annual General Meeting at which an election of one or more Directors is required.

(b) The Nominating Committee shall recommend Members of the Society in good standing for election to fill vacancies on the Board of Directors at the Annual General Meeting at which an election of one or more Directors is required.

(c) Nominations from the floor shall also be accepted at any Annual General Meeting at which an election of one or more Directors is required.

If only enough candidates are nominated to fill the available vacancies, then election shall be by acclamation, otherwise voting shall be in accordance with By-Law 17, with the candidate receiving the largest number of ballots declared the winners until all positions are filled.

(b)  At the conclusion of their terms, Directors shall be deemed to have retired from office at the Annual General Meeting at which election of Directors is required.

(c) A retired Director may be nominated for re-election

(a)  all laws affecting the Society,

(c)  rules, not being inconsistent with these By-Laws, that are made from time to time by the Society in a General Meeting.

(a) A Director may resign from the Board at any time.

(b) If a Director resigns or otherwise ceases to hold office, the remaining Directors may appoint a Member in good standing to fill the vacancy.

(d) Notwithstanding Paragraph 26(b), an act or proceeding of the Directors is not invalid merely on account of there being less than the prescribed number of Directors in office.

(a) The Directors may meet at the places they think fit to conduct business, adjourn and otherwise regulate their meetings and proceedings as they see fit.

(b) The Directors may from time to time set the quorum necessary to conduct business provided the quorum is not less than three Voting Members.

(c) The President is the chair of all meetings of the Directors, but if at a meeting the President is not present within 30 minutes after the time appointed for holding the meeting, the Vice-President must act as chair; but if neither is present the directors may choose one of their number to be the chair at that meeting.

(d) A Director may at any time, and the Secretary, on the request of a Director, must, convene a meeting of the Directors.

(a) The Directors may delegate powers to committees consisting of the Director or Directors, as they think fit.

(a)  a notice of meeting of Directors is not required to be sent to that Director, and

(a) Questions arising at a meeting of the Directors and committees or Directors must be decided by a majority of votes.

(b) In the case of a tie vote, the chair does not have a second or casting vote.

Part 6
DUTIES OF THE BOARD AND OFFICERS

(a) Shall select from among its membership, Board Members who shall fill the positions of President, Vice President, Secretary, and Treasurer, such positions to be held until the next Annual General Meeting.

(b) Has the responsibility to maintain the balance of Membership to best ensure that Qualicum Beach Farmers Market operates with the goal of 70% of the Vendors being in the Farm and Food Vendor category.

(a) Presides at all meetings of the QBFM and of the Directors;

(b) Is the CEO of the Society and must supervise the other officers in the execution of their duties;

(c) Shall be the spokesperson for the society; and

(d) Shall be an ex-officio member of all committees (with the exception of the Nominating Committee).

(a)  Conducts the correspondence of the Society;

(b)  Issues notices of meeting of the Society and Directors;

(c)  Keeps minutes of all meetings of the Society and Directors;

(d)  Has custody of all records and documents of the Society except those required to be kept by the Treasurer; and

(e) Maintains the register of members

(a) Keeps the financial records, including books of account, necessary to comply with the Society Act;

(b) Renders financial statements to the Directors, members and others when required.

Part 10
APPOINTMENTS OF THE BOARD OF DIRECTORS

(a) The Directors may delegate any, but not all, of their powers to committees consisting of the Director or Directors, as they think fit.

(c) A committee chair may be appointed by the Board of Directors or elected from its members.

Part 13
MEMBERSHIP IN OTHER ORGANIZATIONS